The Best Bathroom Ideas for a Parent with Alzheimer's Disease 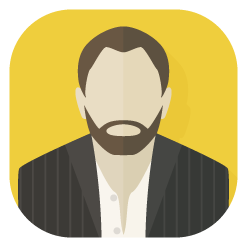 Ten years ago when we purchased our home, we decided to make a few changes. We wanted to rip up the carpet and replace it with dark hardwood, and we loved the idea of repainting the entire space. However, since we didn't know that much about construction, we decided that it would be in our best interest to work with a professional contractor. We worked with an expert who seemed to know the ropes, and he was amazing to work with. This blog is all about improving your construction experience by working with the right professional. You never know, the right person could take your project from drab to daring.

The Best Bathroom Ideas for a Parent with Alzheimer's Disease

Inviting an elderly parent with Alzheimer's disease to live with you is a decision that requires some changes at home. Your home needs to comfortably and safely accommodate your mom or dad, allowing them to maintain their independence for as long as possible. And if it's possible to give them their own bathroom, that bathroom needs to be modified. A custom bathroom remodel for someone with Alzheimer's disease will create a space tailored for your parent, without compromising on functionality and style. So what are some of the things you should ask your contractor about?

A thermostatic shower head and taps are essential for your new bathroom. These ensure that hot water reaches a certain temperature, which is maintained for as long as the water is flowing, without exceeding that predetermined temperature. This means that your mom or dad won't accidentally scald themselves. The water flow is isolated, so its temperature and pressure won't be affected if any other taps or water sources in your home are used at the same time. You can also have a thermostatic and non-concussive tap, which automatically turns itself off, so no water is wasted if your parent forgets that they've turned the tap on.

In the shower, you need to account for your parent's age, regardless of their Alzheimer's disease. The shower should have grab bars so your parent can remain safely upright while they're enjoying their shower. You could also add a concealed shower seat, which pivots down from the wall. It's all about making them safe and comfortable while they bathe. The toilet can also have retractable grab bars on either side (and these can be folded vertically when not in use), and it can be helpful to install a new toilet with a reduced height, making it easier for your parent to steady themselves while using it.

If the existing bathroom has any exposed pipes, these need to be concealed. It's not an aesthetic decision, but more to prevent your parent from touching the pipe and burning themselves. Ask your contractor if they can build a storage unit around the exposed pipes. It might also be possible to conceal the pipes with modular blocks, which can then be covered with tiles to allow them to blend into the overall look of your bathroom.

Caring for a mom or dad with Alzheimer's is definitely going to need some changes at home, and it can be easier with a few changes in the bathroom.